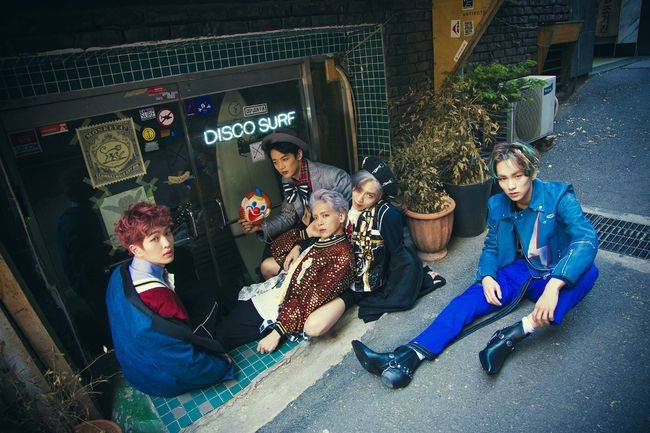 END_OF_DOCUMENT_TOKEN_TO_BE_REPLACED

SHINee released their newest video to their new album “Odd”  just a couple hours ago and I have to say that I’m very happy with it.  Its a fun, upbeat dance piece and it just makes me happy when I listen to it.   So, here’s some fun and some great dance moves with their first release of the album.  The song is called  View.

I was watching a new video today.    Key from Shinee and WooHyun from  Infinate collaborated on a new mini album called Toheart.   Since I love both groups, I happily clicked to watch the first video from the album.  It didn’t take me long to realize……  wow, I’m so not the targeted age group.  ROFL!

This adorable video is clearly aimed at the teen crowd.   As a DJ, I’d play this in any junior high/middle school dance.  I really liked the 1950’s feel to the sets and wardrobe.  There was such an innocence to this whole video that I even commented on youtube:  “Are they even old enough to shave? ”

This video however, did remind me that being older, I don’t necessarily respond to certain videos the way the target audience is expected to respond because, after all, I’m not the target audience.  I’ll give you a few examples of this.

Undoubtedly Super Junior is comprised of some seriously handsome young men.  Their songs tend to be aimed at the High School/College age group.  And while I love the eye candy and excellent dancing afforded in this video, as a single woman my age,  I hear that chorus and I think, “Jerk! Thanks for the warning!”.  *chuckles*  The lyrics themselves are are on the clean side, which is what I love about kpop, but the message of the chorus to my jaded dating ears is “Its all about me and let me use you for the night”.   While a 20 year old girl might be open to these lines just because the guy is cute,  not so much for me since I know these type of guys aren’t worth my time.

This song has no redeeming quality whatsoever.   My DJ response is “meh”.   Its a club song, and not even a very clever club song.   I’ll talk about the lyrics in just a moment.   Every artist has two types of songs.  There is the music they make when they are using all their creativity, and then there are those songs you just do because you know they are going to make money.  This song is a cheap example of this.  This song probably took Gdragon all of an hour to think up and I’m probably being generous at that.

Now to the lyrics and video content….  This is a very imaginative video.   All of Gdragon’s videos are.   However, the first time I saw this I couldn’t understand why there were so many groin innuendos in it.  And not even sexy groin innuendos, just blatant, in your face, look at my size innuendos.   Pink elephant between his legs,  big hands and feet,  dancing in a urinal,  getting spanked by mom and dad, getting worked over by the embarrassed doctor….ehem.   Yeah…   Curious, I then went and looked up the lyrics.   Oh….its about a guy wanting his willie jerked all night long.   Lovely.    If I was 20 years old, I would have probably swooned and thought how beautiful and sexy Gdragon is, because lets face it, the boy has a very pretty face.   Being twice that age…  *evil chuckles*  I had a very different response.   I watched the video again and started laughing.   There is only one question I have after watching this video….. who got laughed at?   This is a male compensation video if there EVER was one.   Now, I’m not saying that Gdragon would have been the one laughed at (giving the idol the benefit of the doubt)   …. but clearly somebody on that production team was feeling insecure.  lol

Being a Kpop fan is fun.  Fun music, fun videos,  the artists themselves are usually humble and nice, which is a nice switch from the blantant meglomania of some american artists.  But it also comes with a lot of humor because I’m not a teenager and so I’m going to respond a little differently on occasion then what is intended.

I will end this post with my favorite Kpop song that is all eye candy, good music and excellent dancing.